New Orleans, or Nawlins as many call this culturally rich city in Louisiana that I recently visit for the first time and definitely not the last.I am the Student Government Association’s Director of Public Relations for Sierra Nevada College and I got the chance to attend an SGA conference in New Orleans, LA.

This was an interesting experience, traveling with six others to a city I’ve never been too. In the days prior to leaving I was getting advice from tons of people telling me where I should visit and what I should eat.

When I think of New Orleans, I think of Bourbon Street and great food.

Let’s start with Bourbon Street. First, it’s a good idea to use the buddy system and not to wonder off alone. What happens when you’re left alone isn’t a pretty sight, but it’s like a train wreck, you just can’t stop watching

You know you’re done for the night when you get down on a statue.

To say the least, Bourbon Street was a parade of the different stages of being drunk. It’s amusing at first, but if you’re not into that scene it really isn’t the place to spend your entire New Orleans vacation.

A more interesting part of New Orleans that should be visited is Frenchmen Street, which was suggested to me prior to leaving. A fellow SGA member Anza Jarschke and I walked over to Frenchmen Street on our second night and found the local hang out.

While walking around late on our second night Anza and I found a small artisan fair and took a look around. We found a woman that had a bunch of rings displayed and after trying a few on seeing they didn’t fit she explained that she would make them right there for us so they would fit.

After getting our rings we walked back to Café du Monde to enjoy powder sugar, I mean beignets. According to the site “Beignets were brought to Louisiana by the Acadians. These were fried fritters, sometimes filled with fruit. Today, the beignet is a square piece of dough, fried and covered with powdered sugar.” The cafe is open seven days a week 24 hours a day and serves beignets in orders of three along with coffee, hot chocolate or orange juice. Water is always served because the amount of powder sugar you receive makes it hard to eat.

The current SGA team went to the conference to learn skills to improve our SGA. Though only two current members will be returning the skills are ones that can be past down to future SGA members.

All in all it was a good trip that I learned a lot about many different things. 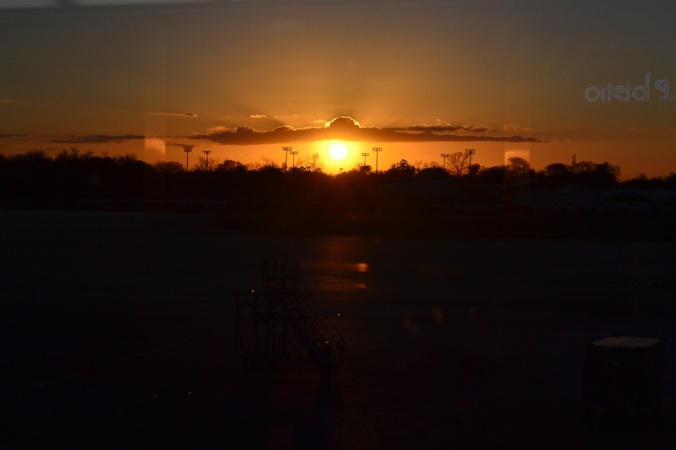 A New England Girl Sharing her Stories About the World

Not just another acronym

Adventures as a massage therapist, on and off the table.

A single candle can light a thousand